Six seasonal jobs for the winter: prune, feed and plant! 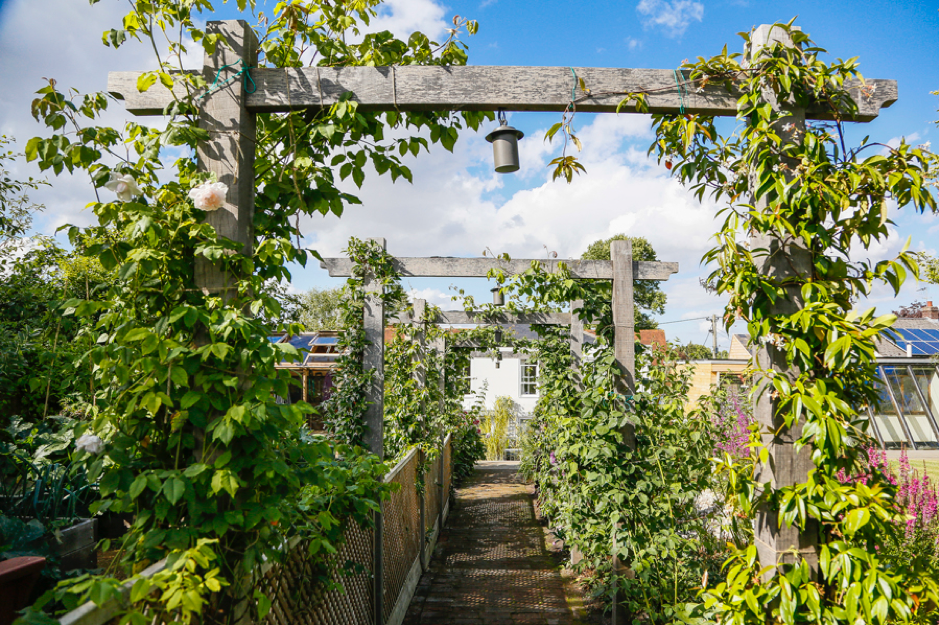 Seasons greetings and felicitations to one and all, from everyone here at GreenArt!

As gardeners, like our agricultural ancestors before us, we become in tune with the changing seasons. And, when observed more closely, soil and plants give us helpful indicators of what we should be doing in our garden and when.

As we head toward the winter solstice (the shortest day) I am aware that it feels distinctly like the time to stay wrapped up warm inside, rather than venture outside into the garden. There are however, plenty of jobs to carry out over winter and these lay the foundations for a glorious display in our gardens for the coming year.

1) Prune climbers and maintaining any structures they are climbing through.

Many climbers die back over winter exposing the structure underneath which provides an ideal opportunity to test out the structural integrity and to make any repairs to your pergola, trellis or arch.

Climbing roses can be pruned between December and February. It is well worth taking the time to prune roses as you will get a better show of flowers and more vigorous growth the following year. If you want to know more about pruning climbing roses see my earlier blog on roses here.

During the winter your apple and pear trees are in a dormant phase so it is safe to prune them. It is best to prune fruit trees on a mild, dry day.

Top tips for pruning are a) remove dead, diseased and damaged wood, b) eliminate crossing branches and those rubbing against each other, removing the weaker branch, c) Make the cut at an angle so that the face of the cut angles downwards, which allows rain to run off and prevents it rotting, d) Remove overgrown and smaller branches to increase light and air at the crown of the tree, e) Cut branches at the node (this is the point at which one branch or twig attaches to another).

Apple trees, particularly those grown in grass will benefit from a feed of potassium-rich fertiliser.

If you are on a budget, bare-root trees are generally cheaper to plant than potted trees. Bare rooted trees should ideally be planted immediately, or the roots healed into damp soil to prevent them from drying out, before you can dig them into the in their forever spot in your garden.

Gooseberries, blackcurrants, gooseberries and redcurrants can be pruned in winter. The aim of your pruning is to create a goblet shape, leaving healthy young branches that will produce good crops over the next few years.
Autumn fruiting raspberries can be pruned in February. This is an easy one too, as you just have to prune to within 5cm of the ground. (Summer flowering raspberries should be pruned after they have cropped).

The best way to spot a deciduous shrub is to observe which ones drop their leaves annually. Many deciduous shrubs benefit from pruning to maintain their shape and stop them from overwhelming other smaller plants and shrubs in a bed or border. A good example of this is a Cotinus (or Smoke Bush) which feature often in George’s schemes. You can see its fabulous plum leaves here in a border in a garden in Blewbury. Regular annual pruning ensures a continuous abundance of foliage.

There are plenty of helpful tips on pruning you can find online and also videos, which can really help build your confidence to carry out pruning in your garden. However, it can feel like a daunting task, particularly when you have a lot to get through in the less hospitable of our seasonal weather. Luckily, Tim and I are equipped to work in the elements and really enjoy pruning jobs at this time of year, so why not give us a call and we will help you lay the foundations for a glorious display in your garden for the coming years.