The Wonders Of Wildflower Meadows

Six great reasons for creating a wildflower meadow in your garden.

A Splash Of Colour!

Planned and planted correctly, a wildlife meadow will give you an ever-changing view from Spring to Summer of some of Britain’s most amazing species of native wildflowers.

They can provide a beautiful splash of colour and a very interesting contrast to the more manicured areas of a landscaped garden. They are becoming increasingly fashionable in gardens across the country. If you were lucky enough to visit the 2012 London Olympics, you will have seen the colourful meadows which were specially cultivated and planned to bloom in their full splendour during the games. Native British perennials were used at the Olympic site, incorporating long-season stalwarts such as spiny rest harrow, betony, common toadflax and field scabious.

Wild flowers play an important role in supporting our native insects and animals. In essence, they host a food source, which will attract bees, butterflies and birds to your garden. In fact, when sowing or re-seeding the area, you may attract more birds than you want as they love feeding on the new seeds! Some netting may be useful at the initial stage and, in later years, when you are only adding small amounts of new seeds, you can view the extra bird interest as part of the attraction. 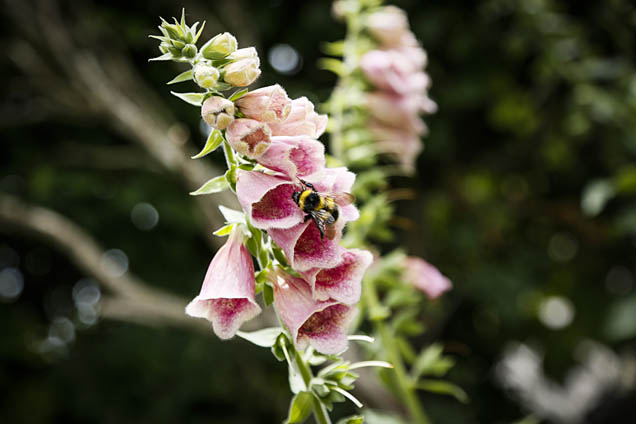 Speaking of bees, part of their serious decline across the UK can be attributed to habitat loss and the increasing use of pesticides. Wildflower meadows will help to sustain the local bee population and, as once established, these areas become almost self-reliant, they are a very eco-friendly part of a garden project.

Wildflower meadows are also eco-friendly and “green” in other ways. By encouraging more unusual and more diverse foliage, your meadow area will not only absorb more carbon dioxide in the normal ways of photosynthesis etc. but will also help to capture and filter out different pollutants from the atmosphere. 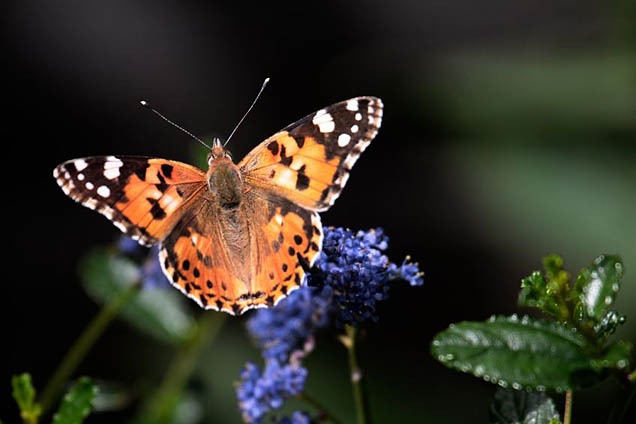 The best way to create an instant meadow in your garden is to use specially cultivated wildflower turf or pre-seeded soil. These have been developed to ensure they provide a balanced mix of species strong enough to outwit common weeds and the British climate. For best results they need to be laid or planted in Spring to create maximum impact in June and July. The turf needs to be handled carefully and the soil correctly integrated, so it’s always best to call in the professionals.

Another advantage of wildflower meadows is that they are really easy to maintain. Part of the attraction of perennial wildflowers is that they grow well in poor soil and, once established, are pretty hardy and will survive in most conditions. They don’t need the labour-intensive work that some types of shrub and herbaceous borders may require. Nor do they need to be watered to the same extent, once they are fully underway.

In fact, one simple strim of the grass at the end of September will be enough to maintain a wildflower area. However, do leave the cuttings in place for a week as this enables any seeds to establish themselves in the soil before you clear away the resulting hay for compost. It’s also a good idea to clear away any debris in the area during February to assist growth during the coming year.

Like any aspect of your garden, wildflower meadows are great fun to plan as there are hundreds of different species of native British wild flowers to choose from. At the end of the Autumn, you can start planning for next year’s colourful display. For example, there are some perennial seeds that will benefit from the Winter cold and these can be planted in the Autumn ready for the Spring. Similarly, your greenhouse is perfect for setting up seed trays and sowing different species and types of wild flowers ready for planting out in warmer weather.

So, now we have convinced you to have a wild flower meadow, the question is which type of meadow area best suits your garden. Essentially, your choice boils down to annual or perennial meadows. Both meadow types can be grown from mixed wild flower seeds and from wildflower plug plants, although it will be cheaper to use seeds for annual meadows and also for large areas. 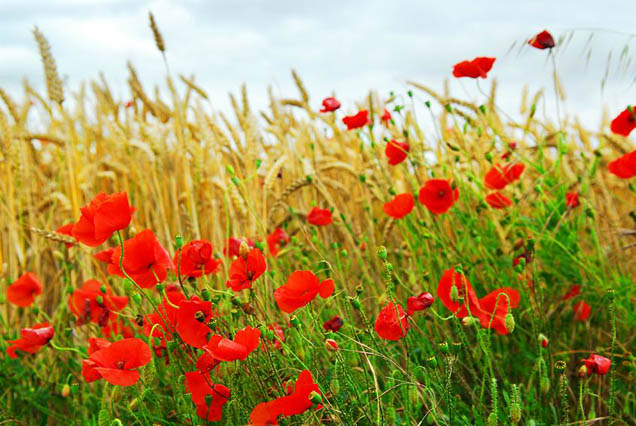 Annual wild flowers bloom in their first season, giving a bright show of colour from early Summer onwards before dying and setting seed in late Summer or Autumn. Annual wildflower seeds such as cornflowers, poppies and corn cockle look very effective when scattered to create a colourful meadow or when planted as part of a large border.

Perennial wild flower meadows are more typical across the UK as they consist of both grasses and flowers. In open areas of your garden, you could choose perennials such as ox-eye daisies, ragged robin and red campion while for areas that are often in shade, choose woodland wildflowers such as primroses, wood anemones and bluebells which can be grown from seed or planted ‘in the green’.

When choosing perennial wild flower seeds make sure that you are not just concentrating on Summer-flowering varieties. For great colour during Spring, include seeds such as primroses, fritillary, cowslips, lady’s smock, bugle and self-heal. 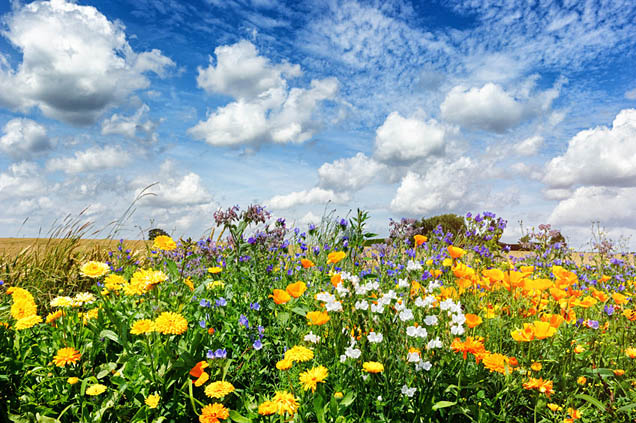 The quality of your soil will also be a factor in your decision. Annual wild flowers need rich fertile soil in order to flourish, whereas perennial meadows are more successful on poorer soils. So, when creating a perennial meadow, make sure you resist the temptation to incorporate any manure or fertilisers as this will actually create more growth in the grasses and thereby will crowd out your colourful wildflowers!

For the same reason, leave your perennial wildflower meadow to grow naturally without any additional water and, ideally, also introduce a few semi-parasitic plants such as yellow rattle, eyebright or lousewort. These plants actively extract water and minerals from nearly grasses and therefore weaken their natural dominance, enabling more wild flowers to come through adding to the sea of colour.